A Tribute Honoring the Memory
of

Sylvia Rosen
"The future is in your past."

Sylvia Rosen was born in New York City, where she started out as a visual artist, but had spent most of her life in Southern California, writing poetry, collecting dreams, mentoring her intuitive daughter Cheralyn (as a young child), and raising a family.
Sylvia had been active on the poetry scene in Los Angeles as a performer, organizer of the Los Angeles Poetry Festival, co-director of the Valley Contemporary Poetry Series, and a poetry teacher at the Learning Tree University in Chatsworth, California,  as well as a contributing editor of CQ and a guest editor of Electrum Magazine.
In the 1970's, she studied "Senoi" dream control and had gone on to develop her own methods of working with dreams as a creative in healing force with writing and meditation.
In 1989, the LA Weekly cited her as
"L.A.'s Best Dream Poet"
Her poems appear in the following anthologies:
Gridlock in Anthology of poetry about southern California
(1990 - Apple Zappa Press )
Snow Summits in the Sun
(1989 - Cerulean Press )
Standup Poetry: The Anthology
(1994 - USCLB University Press ).

"Dreaming the Poem, a dream journal" 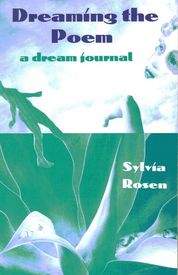 In January 1994, Sylvia published her first book of poetry: "Dreaming the Poem", described as a dream journal written as poetry.

"Sylvia Rosen's dream world is a whirlpool of imagistic impressions that seduce and entangle,
a Sargasso Sea where shimmering aquamarines, iridescent nacre and neon corals occlude too real dangers."   - Wanda Coleman
Her daughters, Cheralyn & Robin, will be releasing some of her  unpublished poetry in the near future!
Click the links below to view some of her work ...
Poems About Cheralyn
Excerpts from Sylvia's Journal

Sylvia & the "Die Hard" movies !
Believe it or not, Sylvia is the one who incidentally inspired Rod Thorpe to rename his new movie as "Die Hard", and the rest is history.
"Die Hard!" He said, trying out the name of the battery.
"That would make a great title."

LA Times: "Poets Bring to Valley Tales of Their Heritage, Homes and Hurts" 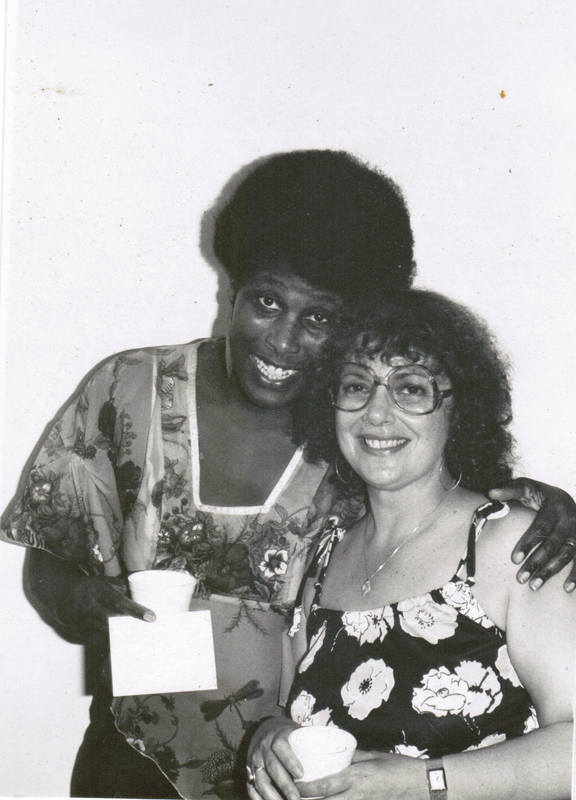 Wanda was born and raised in Watts (south-central LA). Wanda often wrote of issues of race, class, poverty, and disenfranchisement.
Quoting her, "Words seem inadequate in expressing the anger and outrage I feel at the persistent racism that promenades every aspect of black American life." she once said.

Wanda was legendary for being an outspoken African-American voice of her generation.
Over the past four decades, she has written 20 books, was a finalist for a national book award, she also won a daytime Emmy for her writing during the 1970s on the soap opera Days of Our Lives.

She lived an extraordinary life that can not be measured by words.

Her four decades plus relationship with Sylvia, started in the early 1970's, when they studied poetry together in Los Angeles - and as they say the rest is history in the making!

Their dedication to each other transcends time and space, and they will forever be linked together.

Wanda's family, as well as mine, feel so honored that the Venice Library in Los Angeles, was renamed after Wanda, in 2013 to the "Wanda Coleman Library".

Future generations of African-American poets and writers will be inspired by her courage to  share her experience growing up in south-central LA in the 1950's.

The day Wanda came into my life,
I was seven years old - (I did not start doing intuitive training until the age of eight) - sitting on the orange sofa in the living room of our house in the San Fernando Valley .

The moment we met - it's etched in my mind forever - as she said, I have the white light around me (like Michael Jackson), and I had an important mission to accomplish here on earth!

As a kid, I always described Wanda as the coolest person I've ever met, with big huge hoop earrings and a beret.
A deep, lovable laugh and a smile that could light up a room .

Until we meet again one day,
Wanda, I love and miss your  physical presence. 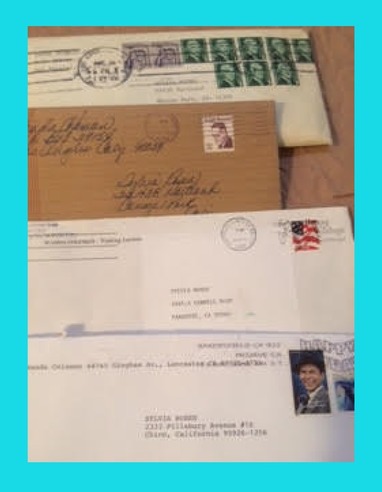